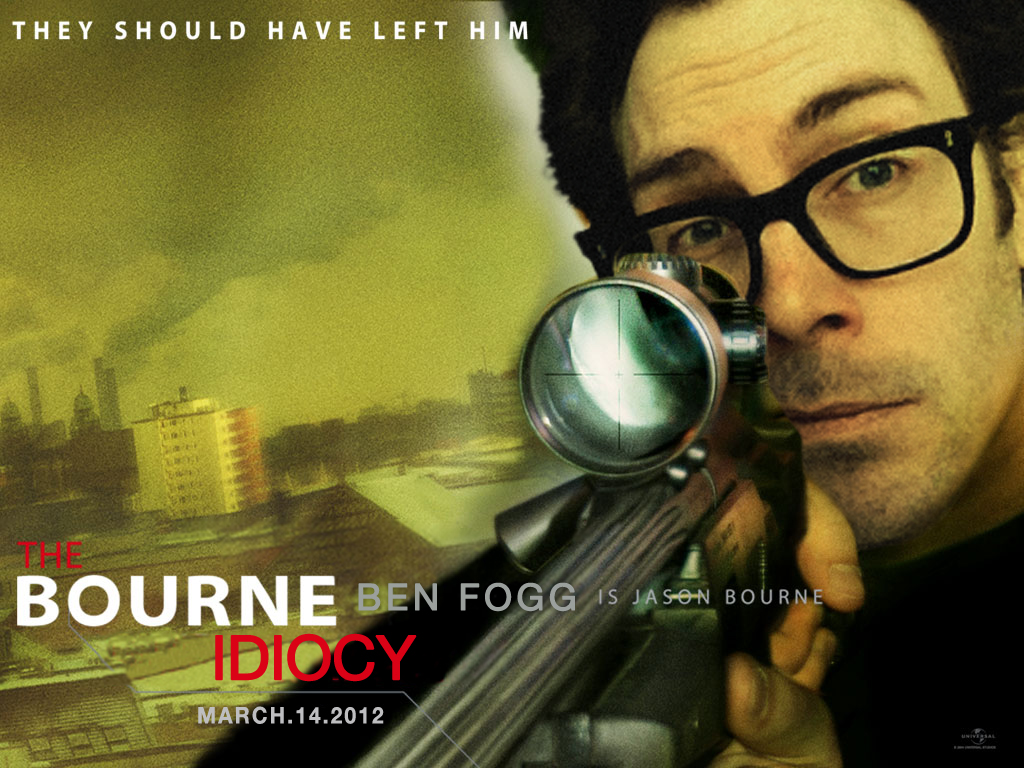 As you get older you start asking yourself the questions. Questions like:

“What the hell have I been doing for the last fifteen years!? And why isn’t there more proof that I was doing it? Also, What day is it? What year? WHAT YEAR?!”

Strange questions to be asking, right?

Well apart from the ‘what year?’ thing. I always ask myself what year it is. Loudly and in public if possible. Because I believe that everyone should have the opportunity to believe in time travel.

But the first two are definitely suspicious. Because I should know the answers.

I came up with two equally plausible explanations as to why I don’t remember my twenties. Either:

a: My life is a classic high-octane memory theft thriller and I’m probably trained as a sudden-strike-deep-cover-assassination-expert who just somehow deep inside ‘knows’ how to work a jetski.

b: None of those things actually happened and I have achieved very little worth remembering as an adult.

I’m pretty certain it’s the jet ski one (a). I know initially it seems less likely but consider this…I am amazing at catching stuff before it hits the kitchen floor. Tins, grapes, forks, other tins…I’ve caught them all. I caught an egg once. AN EGG. Didn’t even think…just went for it. Sudden-Strike style. That’s pretty clear evidence. It’s like one step down from proof. A strong argument, let’s say. The amazing thing is they’ve hidden it from me up till now. It makes sense. Think about it. If you’re out there stealing memories, you’re looking for the good stuff. The kind where you instantly start smiling while slow-nodding, as you recollect. That’s the kind you could sell. The feeling of getting a promotion, or the sight of parents clapping and wiping away a joyful tear, or anything that includes breasts. And those are the exact memories I’m lacking…

Memory Thieves don’t want the rest of the stuff. They don’t go after the bitterly disappointing moments. Not if they’re at all competent.

All of which means it’s probably (a). Of course if it does turn out to be (b) and I have achieved nothing as an adult then I’m going to be pretty pissed off…but not nearly as pissed off as my parents. Because they would naturally have expected to raise an achiever. They’re achievers themselves. They like achieving. They’re very positive about it. Particularly Dad.

The good news is I feel like getting older has really given me a sense of drive and focus that I was always lacking.

I feel like I’m really in the zone now…

I actually want to make progress…

I’m going to do anything and everything I can to achieve, to thrive, to get to the next level and mainly to trigger those repressed memories and reclaim my destiny as a man who knows how to kill while skiing.

I’m not joking. Whatever it takes, I’m triggering those memories. I’m just going up to anyone with an eyepatch and shouting stuff like:

“WHO ARE YOU WORKING FOR?!”

It’s awesome! Plus, it turns out the bad guys are either “The marketing department at the Gourmet Burger Kitchen” or “Jesus Christ! Why are you shouting?”

That second one might be like a religious sect or something. And also the police seem to be in on it too. I think maybe they’re working together.

So if you know who I really am then make contact. Unless you think who I really am is a dick, because they sometimes are, aren’t they? People with a lot of achievements. Dicks.