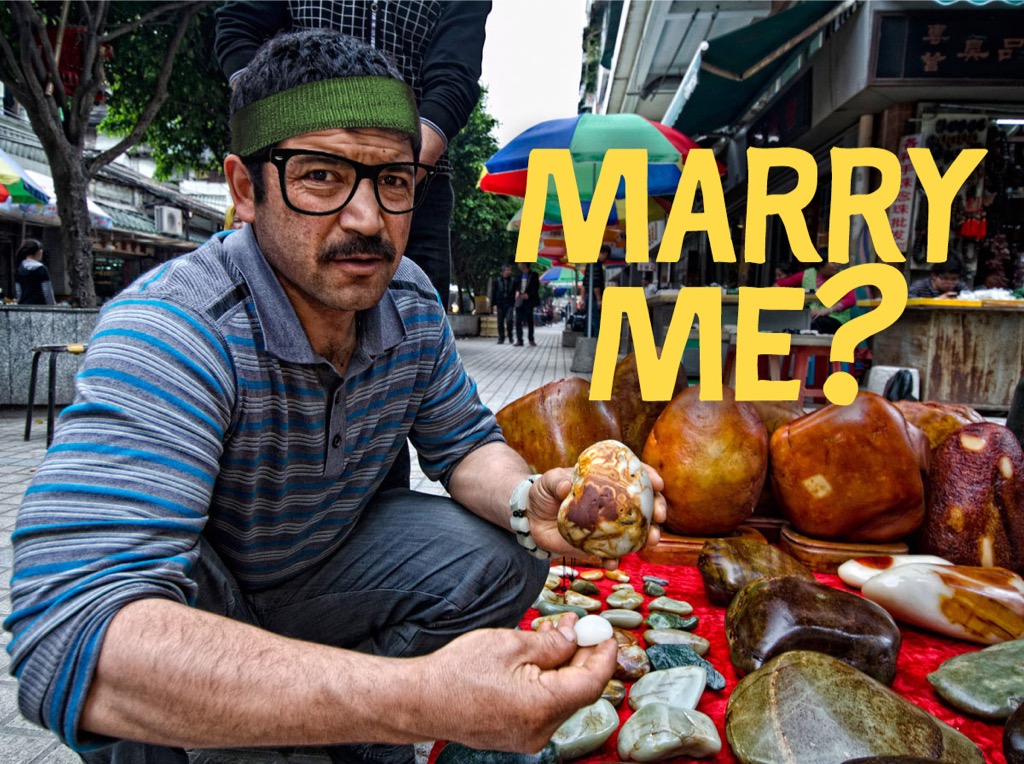 Say you propose to a girl and she refuses, d’you know the best way to get over it? Well let me tell you…Nor do I.

So far ideas that have failed include:

1: Excessive Crying (and by excessive I mean twice because I am pure tough-nutz)

2: Having a ton of sex (again tough-nutz)

3: Getting reconstructive surgery to look like exactly her new boyfriend (I started out as a plucky Nepalese mineral salesman…see below for details).

So now I’m coming to terms with the idea of finding someone new, (because I’m sure as shit not going back to selling low grade quartz on the streets of Lhasa.)

But here’s the thing, I’ll never care about a new girl like I cared about her. I asked Celine to marry me because we’d been friends for 15 years…she knew the real me…which is why we’re not married.

And time is running out. When she refused to marry me Celine was kind enough to write a 3600 word email explaining her rationale. Turns out I’m judgemental, I’m arrogant, I talk about our relationship on stage/in the blogg, and I suffocate those I care about (with love…she didn’t put that but that’s how I do it).

Plus I’m not judgmental she was 100% wrong on that.

If I do find find somebody else. I’m never going to trust that she knows the real me. Let’s say we’re in a relationship for 2 years are we we really going to know each other? I’ve had my microwave for six years and I still don’t know how it works, and I’m more complicated than that. (I have five separate power settings but it takes me a lot longer to defrost mince.)

The truth is I’ll never find someone who knows me that well, but then maybe that’s a blessing. If my relationship with Celine has taught me one thing it’s that the better you know me, the less you want to spend your life with me…so stand well back because I’m about to start proposing to large-breasted strangers and hoping for the best…who wants to be maid of honour?